While a big, cheap television may be tempting, it could cost you in the long run.  The type of technology, screen size and brightness all contribute to how much electricity your television will use.

When you buy a new television, look for the Energy Rating Label.

There are two things to look out for –  a star rating and an energy consumption number.

Check the number of stars. The more stars, the more electricity you save. Each additional star is 20% more energy efficient than the previous star. 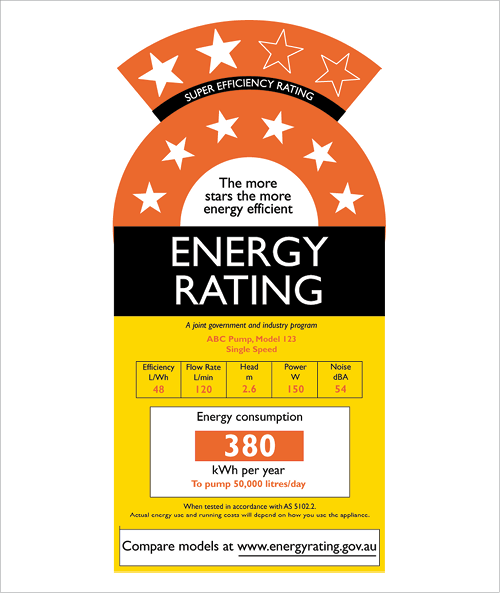 Secondly, check the number in the red box.  This number shows how many kWh of electricity it will use in one year. The lower the number, the cheaper it will be to run.

Aim to buy a model with at least 5 stars

The biggest factor in energy efficiency is screen size

LED and LCD TVs use less electricity than plasmas

How big does it need to be? Modern TV screens can be massive, but so can their energy usage. Downsizing a bit can save you a lot on running costs.

Save energy with your TV

Check that the 'power-saver' mode is turned on

The brighter the screen, the more electricity it is using

Use the Energy Rating Calculator

The Energy Rating Calculator is a tool that helps you calculate running costs - it compares the energy use and costs of specific television models.

When replacing a television, consider recycling your old one. Search Recycling near you to find your closest recycling point.

The appliance replacement offer has closed

Energy NSW is a hub for energy-related information from NSW Government departments making it easier for you to find information and get the help you need.

Home
For households
For business
Renewables
Government and regulation